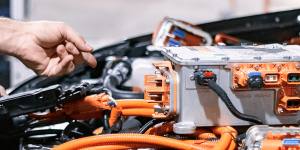 Valmet Automotive, a development and manufacturing services provider, has started construction of its new Battery Test Center in the German carmaking region of Baden-Wurttemberg. The centre will expand Valmet’s testing capabilities for batteries and battery systems in EVs.

Full test capacity is expected to be available as early as February 2020. CEO Olaf Bongwald describes the new Battery Test Center (BTC), in which Valmet is investing around seven million euros, as a “key factor to the company´s ambitions in electric mobility”. Four test rooms will be built on an area of 1,500 square metres that is within sight of the Audi plant Neckarsulm. The centre will test battery systems and modules for environmental compatibility, function and safety.

While BTC will perform important test work for the battery factory, on the one hand, while the facilities will also be used for the company’s own development work under Valmet Automotive. As a service provider, Valmet is also active as a development partner for the wider automotive industry. “With our new Test Center we are expanding in the Industry much-needed test capacities for batteries and battery systems of electric vehicles,” says Robert Hentschel, Managing Director of the German subsidiary Valmet Automotive Engineering GmbH.

In order to be able to use the BTC quickly, Valmet and test stand specialist AVL have decided on a container design. The containers, each of which is 15 metres long, five metres wide and four metres high, will be assembled at AVL in Graz and equipped with the test benches. The containers will be delivered and assembled as soon as the foundations are in place at the Bad Friedrichshall location. This should enable the new testing facilities to operate at full capacity within a few months.

As announced, Valmet plans to start its first large-scale production of battery packs for the automotive industry in autumn 2019 at a former Nokia plant in Salo, Finland.