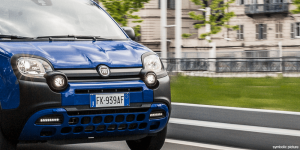 After the Fiat 500 is released in a fully- electric from next year, Fiat said that from 2023 a fully-electric Fiat Panda will also hit the market. The two e-models are part of a broader plan to focus on renewing the two European bestsellers.

According to information from UK publication Autocar, a meeting of high-ranking managers at Fiat-Chrysler’s Turin Design Centre in July decided upon on a new model strategy for Europe. Fiat CEO Olivier François said: “There will be no big cars, no premium cars, no sporty cars because they have no legitimacy.” The CEO insisted that “we need more electric vehicles”.

In addition to the 500 with an electric version, the new Panda will follow.

At the Geneva Motor Show, Fiat provided a preview of the electric Panda and the Centoventi study. François said that the Panda’s appearance would remain faithfully through the next generation. The Panda itself starts in 2021, and the electric version will follow two years later.


To keep the entry price low, Fiat relies on a modular battery concept where clients may extend the basic battery with add-on modules as desired. On this, François says, “There’s a lot of cost in accommodating the battery, so we’ll use a modular 62-mile battery, which you can upgrade by renting, buying or leasing.” It will be interesting to see how Fiat-Chrysler will put this concept into practice.

In terms of electrification cost strategy, the Fiat CEO said that “Everyone is embedding the high cost of an EV into a high-cost car, like Tesla. So the extra cost is diluted. It’s harder to do this in the A-segment. But the 500 has the strength to carry it. Only the A- and B-segments can generate hundreds of thousands of EV sales. We want to leverage the fact that Fiat sells one in three small cars with the 500 and Panda.”

In addition to the iconic 500, the Van 500L will also be continued. The SUV 500X is to be replaced by an estate 500 Giardiniera. Autocar has not made any mention of the drives in the two offshoots of the 500 – so it is still unclear whether and when they will appear as electric cars. Another innovation of the 500 seems to be small counter-opening doors in the rear to facilitate access to the rear seats – similar to the BMW i3.

Lastly, the Fiat Tipo is to be replaced by an SUV based on the platform while Jeep will offer the Renegade as a plug-in hybrid reportedly.

Mercedes introduces A and B class plug-in hybrids