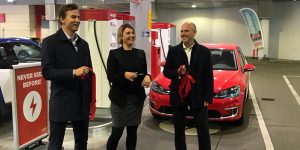 Corresponding pictures from Norway made the rounds yesterday in the business network Linkedin. They show the new charging stations, embedded in the usual petrol station design, at the opening in the presence of Christina Bu, Secretary General of Norsk Elbilforening. Where petrol and diesel used to be tapped, charging cables are now waiting for electric cars in need of energy.

Circle K in Oslo has installed four 50 kW dispensers and two 150 kW dispensers. They use the friendly term “Hurtiglader” for the HPCs. In Sandvika, fuel pumps are also to be replaced by charging stations in the future. 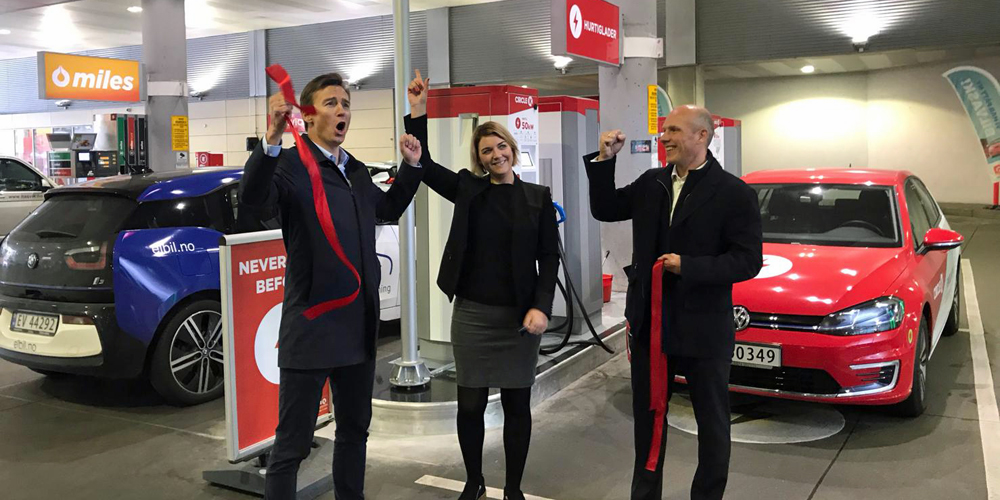 Circle K also works exclusively with Ionity in Norway as a location partner. During a visit by electrive, the Canadian-owned filling station operator was determined to benefit from the boom in electromobility in the oil-producing nation. The Norwegian vice president of the company described the situation as a “perfect storm” and pointed out the ambitious goals of the group: In Norway, one-third of the “energy stops”, as Circle K has recently called its petrol stations, are to be equipped with charging stations. In 2020, 100 locations are to accommodate around 500 charging points in this way.