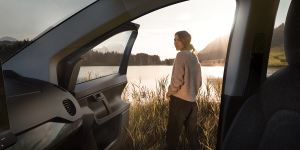 The company announced the investment via Twitter but has not named the investors involved. In 2017, several medium-sized companies invested in Sono Motors, but the exact amount of the investment was never made public. Even in the current case, Sono only writes of an “investment commitment” – Whether this is a loan or an increase in shares is currently unclear.

The current crowdfunding campaign was originally scheduled to run until 30.12.2019 but when Sono Motors raised 32 million euros of the 50 million euros it had set itself, participants voted to extend the deadline until the 20 January. In the period since the beginning of December, the crowdfunding campaign has been generating financial support partly through new reservations including down payments, by increasing existing down payments, donations or loans.

Outstanding news! Through the participation of our existing investors we have received a further funding commitment of 10 M€ for our community funding campaign. https://t.co/HDM7mYUFTw #SonoMotors #staysono #Sion pic.twitter.com/1SKx2UYbtD

According to current plans, the Sion should be built by NEVS in Sweden, and 260,000 units should be made within eight years. Sono wants to stick to the planned quantities and NEVS as a production partner.

The revenue generated will be used to finance the production facilities and further series prototypes of the Sion. Production of the first Sion solar car will be postponed until September 2021, if it is built at all: At the start of this community funding campaign, Sion Motors said that if the funding target is not met, the Sion will not be released in the planned form.