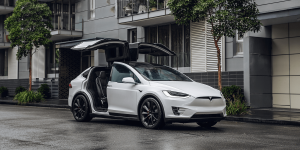 Elon Musk’s private space-faring company SpaceX is now using Tesla Model X’s to ferry NASA astronauts to their respective shuttles on the way to the International Space Station ISS. This will replace the shiny Astro van NASA has used for decades.

According to a spokesperson the first SpaceX launch that is also scheduled to use Model X for ground support, may happen as soon as April. Although some final tests need to be completed before the spacecraft is ready for takeoff, we do know for certain that it will be Doug Hurley and Robert Behnken sitting in the cockpit of the Crew Dragon.