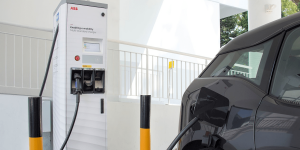 The Singapore government wants to expand the public charging infrastructure from the current 1,600 to 28,000 charging points by 2030 and is planning a series of monetary incentives from next year to support the introduction of electric vehicles.

The aim of the initiative is to ensure that from 2040 onwards, no new combustion engines hit Singapore’s roads. The early adopter subsidy scheme will provide EV buyers with a 45 per cent rebate on the additional registration fee, which is capped at S$20,000.

Prime Minister & Finance Minister Heng Swee Keat said the effort to fight climate change could be done with the transition to a low-carbon, low-emissions economy: “We are placing a significant bet on electric vehicles and leaning policy in that direction because it is the most promising technology.” He added that the approach would go through three prongs: Incentives to push drivers to adopt EV technology, a revision to road tax methodology to provide additional incentives to switch to electrified transportation and finally expanding public charging infrastructure.

The electrification adoption scheme will begin rollout in January 2021, from where it will remain in place for three years. It is not entirely clear how the government plans to continue after the 3 year period, but it stands to reason that an analysis of the effectiveness of the programmes will be undertaken and potential adjustments made. He did specify that it would take some time to balance the tax savings, which would take place via a lump sum: “Total road tax, after the revised in methodology and the new lump-sum tax, will be higher for some EV models,” Prime Minister Heng said. “However, EV buyers can expect to enjoy substantial savings because of the significant EV Early Adoption Incentive.” He also added that provisions were being made for a number of other sustainability aspects, including funding towards flood protection, housing development and urban sustainability research worth S$1 billion.