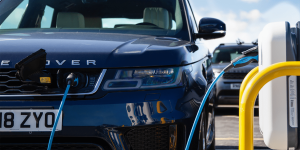 In a move resembling the new PiCG policy, the UK Office for Low Emission Vehicles (OLEV) has confirmed the continuation of all three charging infrastructure schemes.

However, the extension comes with reduced grants and some broader terms, e.g. the inclusion of charging for larger electric motorbikes.

However, from 1 April, the grant will be set at £350, down from the previous £500. This goes for both the home and the workplace charging scheme.

The Government says reducing the grant rate will enable more people to benefit from both initiatives and provide better value for money for the taxpayer, as it has not increased the total budget available to support charging infrastructure in the UK.

A broader inclusion comes, however, extending the EVHS scheme to include larger electric motorbikes. Currently, only electric cars and vans are eligible. More, so, businesses may benefit as the Government doubles the number of sockets allowed under the workplace charging scheme from 20 to 40.

In terms of the on-street charging scheme, local authorities can apply for a grant to cover part of the capital costs of installing charge points for residents who lack off-street parking. The grant rate will be set at £6,500 per station, extendable to the original £7,500 in certain circumstances.

To date, more than 120,000 domestic charge point installations have benefited from grants as well as more than 6,500 workplace installations, across the UK. This is from the Government’s communication. It further claims that to date, ORCS has supported over 60 local authorities to deliver over 2,000 charge points for residents who do not have off-street parking.

The announcement comes amid the new budget that had also seen the government reduce the plug-in car grant to 3,000 pounds, down from 3,500 GBP. While a similar argument was made, saying that the reduced subsidy rate for electric cars and the price cap will “allow more drivers to benefit from making the switch for longer”, critics say it will stifle a fledgeling market.