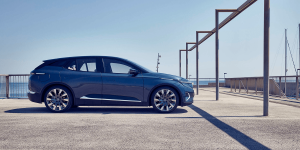 Byton furloughed half of their workforce employed at the U.S. headquarters in Santa Clara, California, due to the effects of the pandemic. The production launch of the M-Byte is also apparently at risk.

A Byton spokesman told Electrek: “Our production schedule will undoubtedly be affected. We are evaluating that impact.” According to the report, his “hundreds of employees in Santa Clara” have been sent on vacation after cuts had already been made in China.

The spokesman specified that of the 450 employees in California, “about half” were sent home. Byton is aiming for a return to full employment by the end of May. By then, however, the company may have lost some top executives: For example, Ken Bauer, director of wireless connectivity in Santa Clara, wrote on LinkedIn that he had also been on leave and turned to his contacts to look for “new opportunities,” as Electrek writes.

In addition, there seems to be a salary cut for the executives – Byton left open whether it is just the board members, or also the vice presidents and directors. “In addition to furloughs, Byton’s leadership will collectively take an 80% pay cut and invest in Byton’s C round fundraising to demonstrate their dedication and confidence to steer the company through this sudden and extraordinary economic downturn,” the spokesperson continued.

The information on the participation in the C financing round is surprising – in fact, Byton had already completed its third financing round in January and reported on the new investors at the CES. The Japanese conglomerate Marubeni, for example, had joined Byton in this investment round.

The market launch of the Byton M-Byte in Europe was previously planned for the end of 2021. It is not yet known whether and how far this will be postponed. So far it was said that pre-orders in Europe should start in the second half of 2020. Whether Byton will also postpone this project is also open.