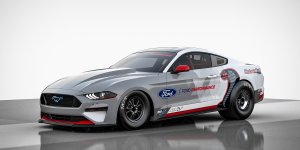 Testing is still underway for the Cobra Jet 1400, which will make its world debut later this year at a drag racing event. Whether this will lead into a larger series is still entirely open.
ford.com, motor1.com

Tripping through time with Tesla