Exactly how many charging points will be set up as part of the planned nationwide rollout is not yet clear, but the potential is great: McDonald’s has more than 1,300 branches in Great Britain. A date by which the first units will go into operation has not been revealed. InstaVolt’s only says that the first wave of installations will be announced when the equipment is available.

According to Adrian Keen, CEO of the British charging point operator InstaVolt, the charging points should be prepared for contactless payment, so that customers can charge without a separate user account or registration.

McDonald’s appear to have quite an ambitious plan in the long term. “This partnership and ambition takes advantage of our scale, and is a real step forward for those already driving electric vehicles, as well as people considering making the switch,” says Paul Pomroy, CEO of McDonald’s UK & Ireland. “our ambition would mean you would never be far from a charging point.”

The plans are based on a study commissioned by the fast-food chain and carried out by Zap-Map. Two results of the study showed that than half of the people who do not own an electric car stated that a lack of suitable charging points was a barrier to switching. Two-thirds said they would reconsider if there was better coverage. 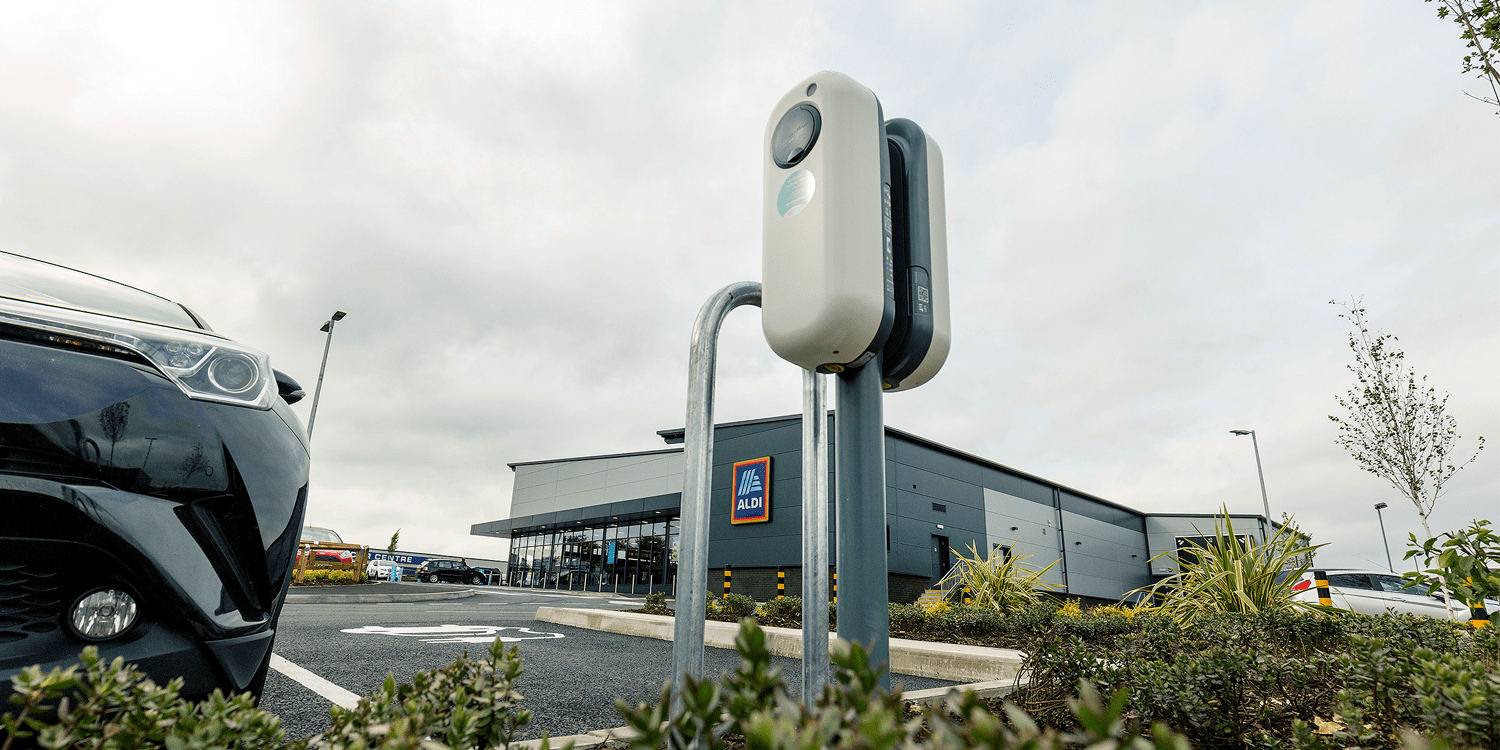 In addition to McDonald’s, the German discount store Aldi has also announced plans to expand the charging infrastructure at its own locations. AC charging points from NewMotion are to be installed at all new locations. The announcement by the Shell subsidiary mentions 140 charging points with 22 kW each. The two partners are also keeping open the possibility of installing additional charging points to match rising customer demand. Aldi will also install an unspecified number of charging stations at its UK headquarters in Atherstone to enable its own employees to drive electrically.