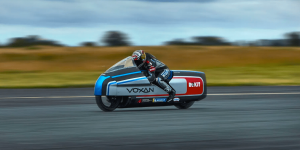 The manufacturer Voxan Motors, which belongs to the Venturi Group, presents its electric high-speed motorcycle Wattman, built to set a new world speed record for electric two-wheelers on Bolivia’s legendary salt lake in 2021. And, the machine’s key spec is indeed impressive.

++ There’s been updates of this article. Please see below. ++

The motor of the electric motorcycle delivers 270 kW of power and a torque of 970 Nm. Here Voxan applied its direct connection to Venturi. The company became the first team to commit to the then-new Formula E Championship and supplied a powertrain. It was from this electric drive that Voxan engineers worked to develop the Voxan Wattman.

It draws its power from a 15.9 kWh lithium-ion battery, which at 140 kilograms accounts for almost half the total weight of the 300-kilogram machine. A team of Venturi in Ohio designed the battery using 1,470 cells.

The powerpack holds for a claimed range of 170 km and has a similar capacity to “normal” machines such as Harley’s LiveWire. But, the Voxan Wattman is designed to boost the bike to max. speed in just a few minutes – Voxan spec says 3.4 seconds to go from 0-100 and 9 to reach 160 kph. That much of energy discharge generates much heat obviously, and so Voxan uses dry ice for cooling. A tank under the seat holds the ice and helps cool the motor and batteries. 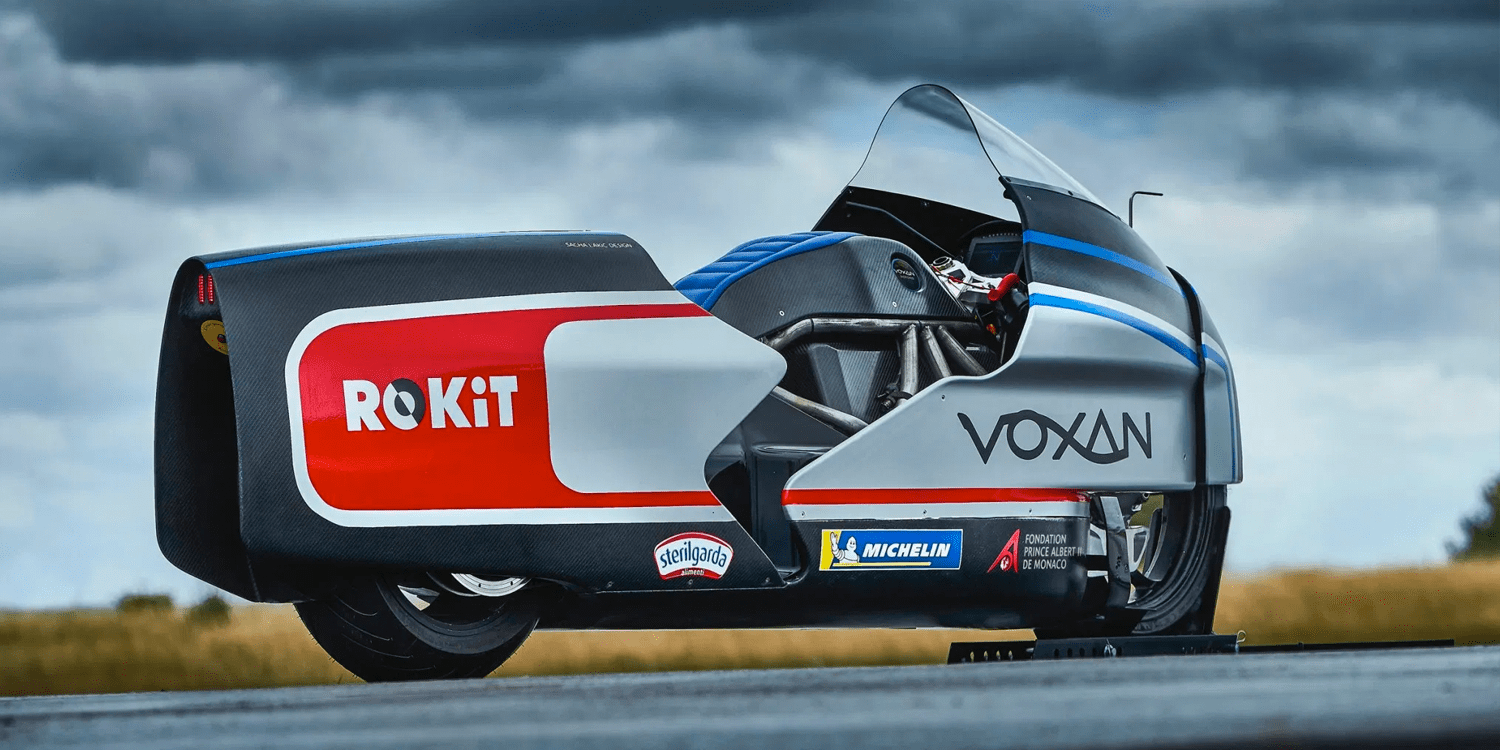 Talking about reservoirs, the Wattmann features a new body, a structural design that aerodynamically encapsulates most of the battery and drive system. The company calls it a “structural battery packaging and self-supporting motor casing”. What’s more, the racy e-motorcycle comes with a double-wishbone front suspension setup instead of a telescopic fork. There’s also only a rear brake as the lack of a front brake improves aerodynamics and avoids dangerous instability when engaging the front brake at extremely high speeds.

And that’s what the Voxan team is going for, including six-time motorcycle racing world champion Max Biaggi, who plans to ride the record on the Salar de Uyuni in Bolivia in July next year. The team is aiming to reach a top speed of at least 330 kph (205 mph) and simultaneously break the previous record of 327 kph (203.1 mph) set in 2019 by Ryuji Tsuruta of Japan on the Motibec electric motorcycle.

While purpose-built, for now, Voxan has thought about recharging with the company claiming 80% in around 30-mins from a level 2 charger. Whether the machine will ever see series production is unclear at this stage. However, Voxan’s first introduced the Wattman at the Paris Motorcycle Show in 2013 and has since been building the name.

The present model has been in the works since 2018. Only this time, Voxan worked from scratch and with the record in sight. Project lead Louis-Marie Blondel explains the bike’s two main focus points: “drag (aerodynamics) and stability at high-speed” done by employing “the smallest possible projected area, but with a long wheelbase and a large rake, so the rider would be positioned as low as possible” – and hopefully stay safe.

Update 18 November 2020: The team has been anything but idle and is not waiting to make it to the Salar Uyuni in 2021. They took Venturi’s 20-year jubilee as an occasion to race around the Châteauroux airfield in France with the clear intention to break records. Twelve, to be precise.

They managed eleven with the fastest round seeing the semi-streamliner Wattman scoring 408 kph on the GPS speedometer.

Given the relatively short track (3.5 km / 2.17 mi), reaching such top speed has encouraged Voxan to set its sights even higher, remarks the company. When they make their next attempts on a longer course, the team says it “now has serious designs on an average speed in the region of 400 km/h (249 mph).”