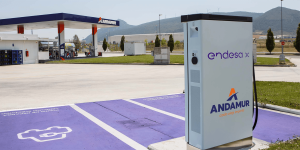 In November 2018, the Spanish energy supplier Endesa announced the establishment of over 8,500 public charging points for electric vehicles in Spain by 2023. Endesa will now receive 35 million euros from the European Investment Bank to implement the plan.

Endesa plans to install the first 2,000 of these charging points along the major motorways and in the main urban areas of Spain before the end of this year, with the rest to follow successively up to 2023. The initial plan was to install 100,000 charging stations in private locations by 2023, coupled with the above-mentioned 8,500 public charging stations.

The public charging stations will be spread in order to cover an area of 15 000 km, with an eye towards towns and cities with over 35 000 residents. This will provide electric vehicle drivers with charging points every 100 km, according to Endesa. The funding will help the Spanish company reach their target a little quicker, which is also part of the plan to establish 1 million charging points in the EU by 2025, as outlined in the European Commission’s European Green Deal.

The EIB is well aware of the requirements needed to ease the pressure on our environment, as well as the ongoing economic turmoil resulting from the pandemic, as Vice-President Emma Navarro, responsible for EIB climate action and operations in Spain, said: “The decarbonisation of transport is key to meeting our goal of achieving climate neutrality by 2050. This is why we are happy to join forces with Endesa to promote investment in infrastructure facilitating the use of electric vehicles while also contributing to the recovery of the Spanish economy, at an extraordinarily difficult time due to COVID-19.”