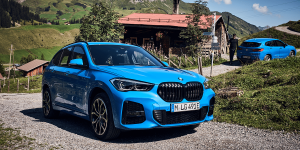 BMW is recalling thousands of plug-in hybrids and halting the delivery of eleven different models affected. Car owners are asked not to recharge their cars.

It became clear during internal inspections that welding beads on the high-voltage storage tank were not completely removed during production. This includes all of the above-named models from the component period 13 March to the 6 August 2020.

Also, readers have already reported that BMW dealerships have been called informing them of the situation. According to BMW, owners of the affected vehicles are currently being individually informed.

“The technical action will be started shortly and will initially involve checking the high-voltage storage for vehicles already in customer’s hands with regard to the charging history and, if necessary, further measures,” a BMW spokesperson told Auto Motor und Sport. The recall will affect around 1,000 vehicles in Germany and globally this will affect a total of 4,460 BMW plug-in hybrids.

Before owners can get their cars checked and repaired where necessary, they are being advised not to try and charge their semi-electric cars but to exclusively use their cars’ combustion engines. “In rare cases – depending on the shape, size and position of the welding bead – the contamination during the initial charging process could cause a malfunction, such as a short circuit in the high-voltage memory,” explains BMW.

BMW is not the only carmaker experiencing issues with half-hearted electric cars. Ford stopped sales of the Kuga PHEV (named Escape in the USA) due to concerns about overheating of the batteries a few days ago as reported. Estimates indicate that up to 27,000 cars worldwide are affected.

With reporting by Stefan Köller, Munich.