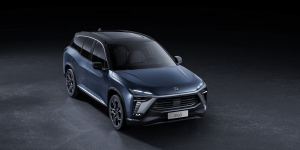 The Chinese electric car startup Nio wants to implement its expansion plans faster than originally planned. Nio currently operates exclusively in China – now first vehicles from the manufacturer are to be offered in Europe as early as the second half of 2021.

Company CEO William Li announced that the brand is to be represented in the most important global markets by 2023/2024. In Europe, Nio initially plans to compete in individual countries but has not yet revealed which countries these will be.

The accelerated expansion plans could be related to the recently encouraging business figures for the second quarter of 2020. The balance sheet is much more positive than expected: Compared to the same period last year, sales volumes increased by almost 190 per cent, while turnover grew by almost 150 per cent.

It is quite possible that Nio could offer its models at significantly favourable prices in Europe. So far the startup offers their ES8, ES6 and EC6 in China. Nio recently put together a Battery as a Service package so that the Nio vehicles can be purchased optionally without a battery that makes them considerably cheaper, whereby the battery is rented including battery services. In order to implement the new offer, Nio has founded its own company called Battery Asset Company with CATL and two other partners. The new company will buy the batteries and lease them through the BaaS business model.

The advantage of battery swapping is that while electric motors have been around for over a hundred years, battery technology is changing rapidly. Vehicles should, therefore, last much longer than the battery, which not only degrades with use but is constantly making advances with new technology that customers will want to access without having to buy a whole new vehicle.

Late last year, Nio announced the completion of its first network of battery exchange stations. By early this year, eight stations had been built over a length of more than 1,000 kilometres on the G2 freeway between Beijing and Shanghai. Batteries from Nio’s electric cars can be replaced with full ones at these stations within three minutes. The electric carmaker is planning a second corridor with further stations that runs between Beijing and Shenzhen. According to current information, Nio has now set up 143 such exchange stations in 64 Chinese cities.

According to Li, the BaaS offering has long been planned in conjunction with Nio’s removable battery strategy.  Whether Nio intends to implement this strategy internationally is unclear.