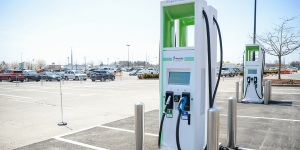 Electrify America has now introduced a new pricing structure as the US subsidiary from Volkswagen now offers kWh pricing in some states in the US. The charging infrastructure company has also eliminated all session fees.

The new pricing structure will now be available to customers in 23 states as well as the District of Columbia. The change reflects customer interest in kWh pricing since they are only paying for the amount of energy they charge up, which is more similar to the conventional fuelling system of per-gallon prices at gas stations.

The rate being charged is $0.31 per kilowatt-hour. Around four months ago Electrify America’s President and CEO, Giovanni Palazzo promised the change in pricing long before it was mandated in California and has now made good on that promise.

Whether pricing is set by the minute or by the kWh is a contentious point among EV drivers. Although many people seem to find the kWh-based fairer, this does not necessarily make charging cheaper. What it does do though, is to ensure that drivers of slower-charging vehicles do not have to pay more for their energy simply because they are taking longer to get it. 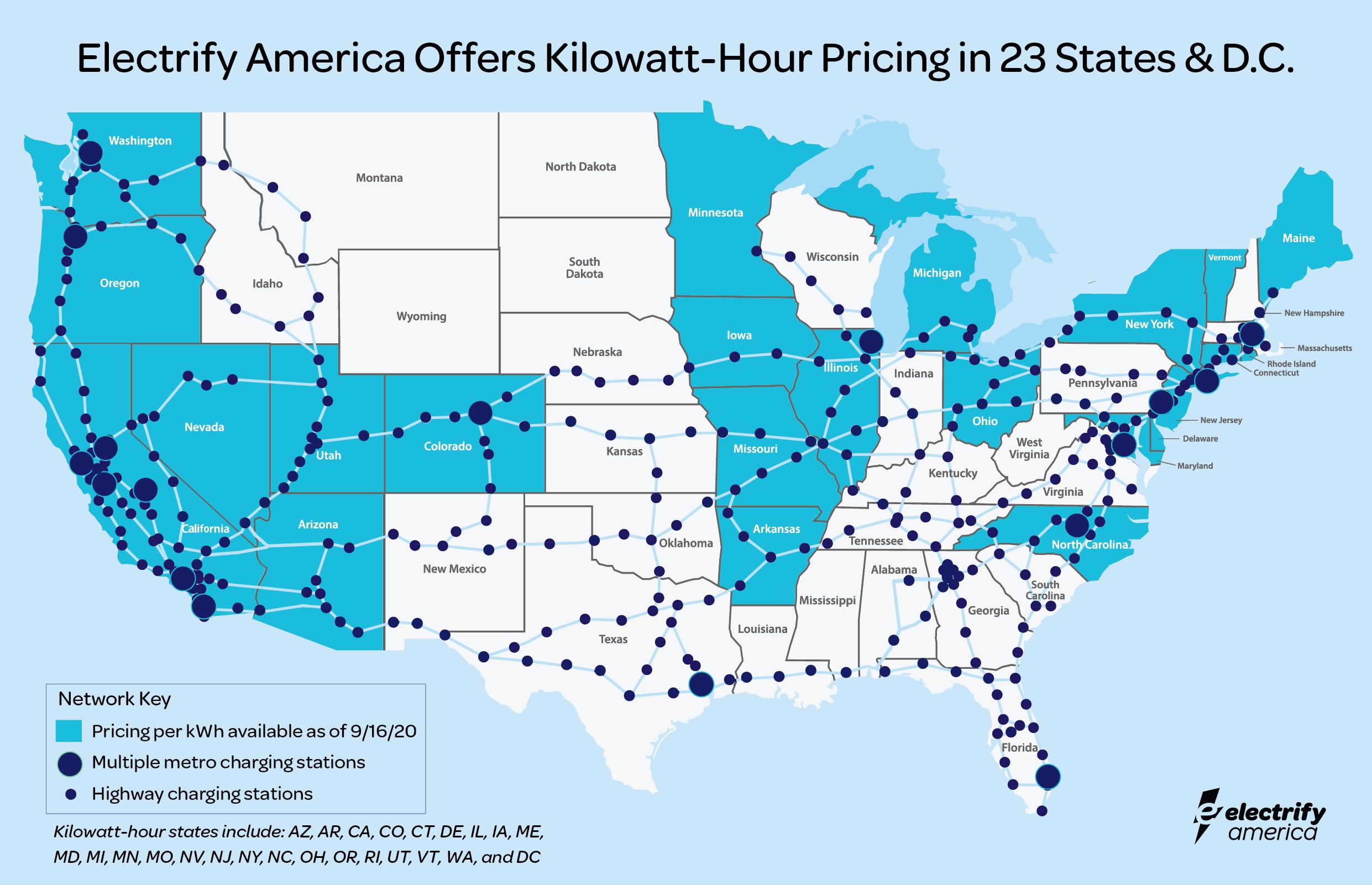 Some states in the USA still won’t allow kWh-based pricing for more or less bureaucratic reasons. In some places, it is against the law for entities other than power utility companies to resell electricity. Needless to say, in these places, Electrify America will continue to offer prices based on per-minute charging.

“We’re implementing the new pricing where we’re allowed. The good news is, we are also creating a lot of awareness with the other states, and I believe we’re going to see some of those states following,” says Giovanni Palazzo.

Despite the discrepancy between the different charging systems, Electrify America is also updating its time-based pricing. The three-tier pricing scheme is being ditched and is being replaced with a much simpler two-tiered system.

Update 30 September 2020: Electrify Canada is now mirroring the simplification of billing at the company’s charging stations. While they have yet to introduce a kWh-based pricing as Electrify America has, the subsidiary also does away with the three-tier system.

On 5 October, a new pricing structure based on two power levels, from 1-90 kW and 1-350 kW will come into effect that bills customers for the time spent charging at the column. The company has also eliminated all session fees and reduced rates for higher-kilowatt charging.

Under the new two-level system, for EVs capable of charging up to 90kW, DC fast charging prices continue to start as low as $0.21 per minute with Electrify Canada’s Pass+ membership. For vehicles in the second power level, from 1-350kW, drivers will experience a price reduction of over 50 per cent from the previous plan with rates beginning as low as $0.44 per minute, according to Electrify Canada.

Giovanni Palazzo, president and chief executive officer of Electrify America, said: “We are delighted to add Florida and Virginia, two key EV markets, and will continue working to expand kilowatt-hour pricing to even more states.”

Adding Virginia and Florida now increases the number of states where new pricing applies to 25, plus the District of Columbia.