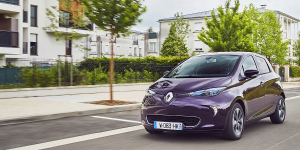 France is planning a new premium for older electric cars. The new subsidy of 1,000 euros, which Transport Minister Jean-Baptiste Djebbari announced, is intended specifically for the purchase of second-hand battery-electric cars.

So far, the French government’s subsidy program only includes grants for new electric cars. The subsidies, which were increased in the course of the Corona crisis are to be reduced again from next year. A premium for used electric cars was first discussed in France in September as part of the large-scale package of measures to revive the economy.

Jean-Baptiste Djebbari, Assistant Minister of Transport, has now announced in an interview with the newspaper Le Parisien and via Twitter that a new subsidy of 1,000 euros for used electric cars will come into force. The subsidy will be granted without a means test. Embedded in the 100-billion-euro economic stimulus package, France will block “2 billion euros for clean cars,” according to Djebbari.

Several instruments of the restructuring plan for the automotive industry are already showing an effect. After the maximum subsidy rate for new electric cars in France was raised from 6,000 to 7,000 euros and demand was boosted in the short term with a scrappage bonus for private buyers, registration figures in the electric car sector have risen significantly. According to a recent CCAF industry group statistic, electric vehicles accounted for 6.1 per cent of registrations in the French market in the first eight months of the year, compared to 1.9 per cent in 2019. Plug-in hybrids also represent a growing market share.