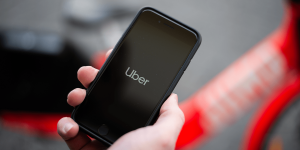 The ride-hailing company Uber pledged to invest more than £5m in public electric vehicle charging infrastructure in some of the poorest boroughs in London, to help persuade its drivers to switch to electric cars.

This decision was made after Uber discovered that their drivers, who usually don’t live in affluent areas, do not have sufficient access to charging infrastructure to make the switch. Their analysis found that affluent areas, “such as Kensington and Westminster”, contain most of the public charging infrastructure available in London, but is also not where its drivers more typically live. People from boroughs such as Newham and Tower Hamlets are also less likely to live in houses with driveways that allow them to charge electric vehicles overnight.

Uber took the opportunity to provide charging for “their” drivers, coupling it with a public donation to improve access to charging across the board. The plan is to invest the funding by 2023, and Uber is already working with the borough councils of Newham, Brent and Tower Hamlets to find the best way to invest the cash. Uber also self-imposed a clean air fee in London, which has grown to a fund of more than £100m to help drivers electrify. A deal was also struck to this end with Nissan, with a result of 2,000 Nissan Leaf vehicles headed to London.

“Drivers consistently tell us that having reliable, accessible charging near where they live is a key factor when deciding if they should switch to electric,” said Jamie Heywood, Uber’s regional general manager for northern and eastern Europe, “If we address this challenge for professional drivers now, it will help create a mass market for electric vehicles in the years to come. As we all know this is critical if the UK is to achieve our goal to be net-zero.”

This could be referring to the UK electrification targets which will take hold in about ten years, or Uber’s own pledge, in which they guaranteed that “all 45,000 cars on its app in the [British] capital should be electric by 2025.” Uber then aims to follow with 100% emissions-free services around the rest of the world by 2040.