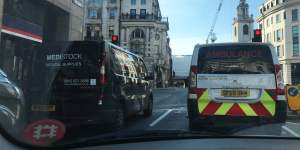 According to the Guardian newspaper, Boris Johnson will announce the ban on new fossil fuel vehicles in autumn along with a row of other new clean energy policies aimed at providing a green trigger for the economy in the face of the effects of the coronavirus pandemic.

The plan has long since been backed by the Labour opposition party who says the date is “ambitious but achievable” as reported in Monday’s newsletter, Mathew Pennycook the shadow climate change minister said the ban would “give a new lease of life to the UK car industry, whilst combating climate breakdown and cleaning up the air.” The government’s official advisers also support the plan at the Committee on Climate Change.

Previous plans to adjust the target for banning new registrations of pure combustion engines and hybrid vehicles were set for 2035, although plans for an earlier deadline have been circulating since April. The sales ban for fossil-fuel vehicles dates back to the UK’s Road to Zero strategy.

Legislation targeting an end to the sale of combustion engines will likely be presented alongside the UK plans to get the economy carbon neutral by the middle of the century.

This will coincide with several energy-related reveals. Last week, Kwasi Kwarteng MP, the minister for clean energy, confirmed that the government’s legally binding target to create a net-zero carbon economy by 2050 will finally be published this autumn after some delays.