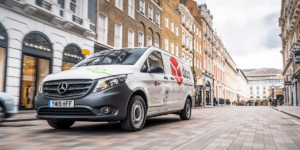 Two years after launching the Plug-in Pledge in the UK, the British Vehicle Rental and Leasing Association (BVRLA) has updated its forecasts for the uptake of electric and plug-in hybrid vehicles. The speed with which road transport is decarbonising has accelerated.

Now, in collaboration with market intelligence company Frost and Sullivan, the updated Pledge now predicts that by 2025 the vehicle rental, leasing and fleet industry will be registering 400,000 battery-electric cars and vans each year. This will represent 80% of sales in the UK.

With regards to total fleet numbers, the association predicts that the industry will own and operate 75% of BEVs on UK roads, which comes to around 900,000 vehicles. With the inclusion of PHEVs this figure increases significantly: with both BEV and PHEVs, the rental, leasing and fleet industry should be registering around 570,000 plug-in cars and vans annually and will be operating around 1.3 million electric vehicles overall.