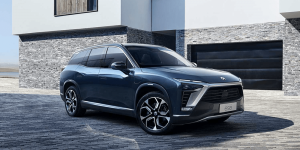 According to William Bin Li, founder and CEO of Nio, the 12,206 deliveries represent a new quarterly record. October was also the strongest delivery month to date with 5,055 vehicles. “Given the growing market demand for our competitive products, we are motivated to elevate the production capacity to the next level continuously. We expect to deliver 16,500 to 17,000 vehicles in the coming fourth quarter,” Li predicts.

As highlights of recent weeks, the company’s CEO highlights the introduction of models with a new 100-kWh battery pack onboard and an over-the-air update in October, thanks to which the ‘Navigate on Pilot’ (NoP) function can now be used on freeways in China.

According to Nio, more and more orders are coming in, which the company attributes to its growing brand awareness, expanded distribution network and compelling electric cars. For the current quarter, the manufacturer is expecting 16,500 to 17,000 deliveries, which would correspond to an increase of 100 to 107 per cent compared to the fourth quarter of 2019 and an increase of approximately 35 to 39 per cent compared to the previous quarter. Nio plans to increase sales to a converted figure of around 920 to 950 million US dollars.

Meanwhile, according to a recent report published by Gasgoo, plans for a sales launch in Europe are expected to become more concrete. In a project codenamed ‘Marco Polo’, Nio has apparently recruited many employees for its export business. Apparently, the two E-SUV models ES6 and ES8 will be the main focus of this project, of which 7,000 units are to be sold in Europe within two years. According to the report, the first Nio House could be opened in Copenhagen.