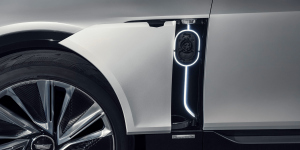 While GM has publicly said they might turn Cadillac into a fully electric brand by 2030, the company is still facing pushback from their dealerships. GM is now saying dealers have to decide and offering them a good deal if they want to opt-out altogether.

The turning point seems to have come. Until now, despite their electric ambitions, the carmaking giant had also said that this goal would depend on the market.

Now, while GM acknowledges that installing charging infrastructure at dealerships is a costly undertaking, dealerships have the option of backing electric vehicles or leaving the brand. Dealerships transitioning to electric vehicles as required by GM will have to spend at least $200,000 on the chargers, tooling and training. Those who do not want to make the investment can opt-out of selling Cadillacs by the end of the month and receive up to $500,000 in settlements. There are 880 Cadillac dealers eligible for the deal in the US.

The move seems to be hitting two birds with one stone. Cadillac has also the problem that there are too many dealerships for the size of the brand. In addition, the East and West Coasts of the United States are equipped with a degree of charging infrastructure, while the middle states are less positive towards the upcoming transition and accordingly less well equipped. General Motors now seems to be tackling all hurdles head-on.

Now that it’s clear that Trump government is on its way out, General Motors itself appears more confident that electric mobility is undoubtedly the way forward. The American car-maker recently announced in a letter to environmental groups that it would withdraw its support for the Trump government’s litigation to deprive California of the right to set its own emissions standards. Other carmakers including Ford, BMW, Honda and Volkswagen, and 13 other US states had already adopted the Californian ZEV standards or announced intentions to. Trump’s position was, until now, supported by GM, as well as several other car companies including Toyota, Nissan and Fiat-Chrysler Automobiles (FCA). General Motors are now setting an unequivocal position in favour of lower emissions and the transition to electric mobility. For the times they are a-changin’.

Update 07 December 2020: About 150 out of Cadillac’s 880 dealers have chosen to stop selling the brand’s cars to avoid getting into EV sales. Dealers will retain access to new Cadillacs until the end of 2021 and will be able to get prime deals on used Cadillacs at auctions until 2024. While this only marks 17% of the dealer network in the USA, it certainly makes a case for the direct sales models employed by other EV manufacturers.