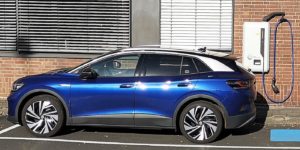 Volkswagen Group Components has announced its intention to launch a DC wall box with 22 kW, which is already being prepared for bidirectional charging. Real operation has currently started at five plant locations as part of a pilot phase.

With the experience gained there, Volkswagen wants to develop the DC wallbox “quickly in the direction of series production”. At an AC charging point with 22 kW, only a few vehicles can use the full charging power. Volkswagen’s MEB electric cars are only equipped with an 11 kW onboard charger, and the charging capacity of the AC Wallbox ID is correspondingly low. Charger (and the correspondingly branded versions from Skoda, Seat or Cupra) is designed for 11 kW.

At the new DC wallbox, drivers can charge vehicles independently of their AC onboard charger, which specifies the AC charging power. In other words, cars with an 11 kW onboard charger (or even a single-phase device) can also be charged at 22 kW at the DC Wallbox, provided they have a CCS socket. 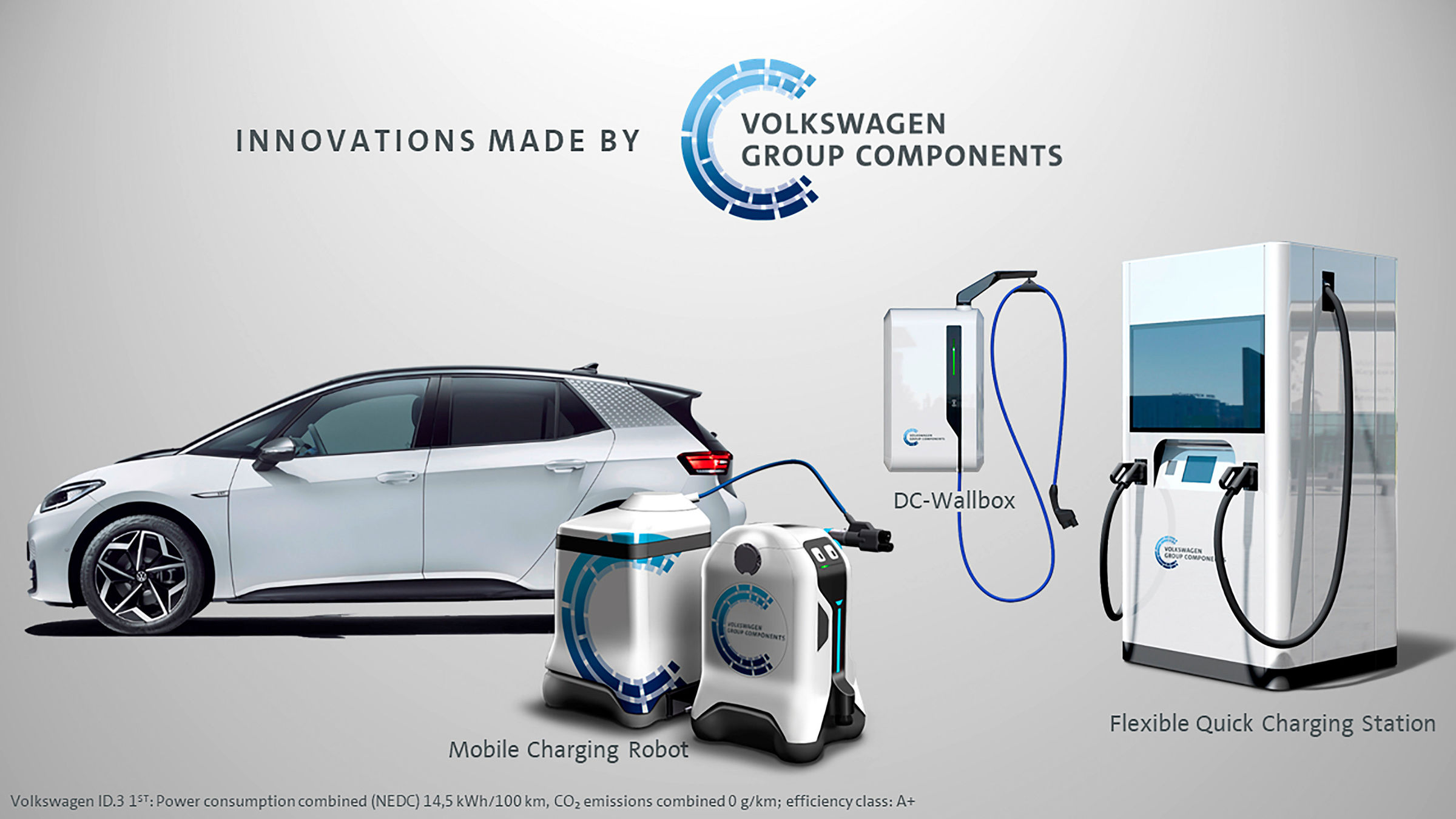 DC wall boxes are not necessarily intended for private use instead of an AC wall box – after all, sufficient connection power must still be available. However, DC wall boxes can replace AC charging points in public or semi-public areas, such as parking lots. For example, in a supermarket parking lot, a corresponding electric car could recharge up to 11 kWh during a half-hour shopping trip.

According to the Volkswagen announcement, the device should already be prepared for bidirectional charging. This allows the vehicle battery to deliver power to the grid when needed. “Provided an e-vehicle has this function in the future, it can serve, for example, as an energy storage device for one’s own home or as a buffer for the power grid,” VW writes. What’s more, with a DC wall box, connecting to a home storage battery will be easier because there will no longer be a need to convert to AC between the batteries in the vehicle, which operate on DC power, and the garage.

In the pilot phase, VW plans to gather experience with an initial 20 DC wall boxes at locations in Wolfsburg, Braunschweig, Hanover, Salzgitter and Kassel. How long the pilot phase is to last and when series production is to be expected, however, is not clear from the announcement. The charging points are to be operated in addition to the existing charging infrastructure, as the need for charging options is also increasing in the VW Group with the growing number of e-vehicles.

The DC wallbox is not VWGC’s first charging product: the group’s supplier division had already unveiled the flexible fast charging column and a mobile charging robot. The AC Wallbox ID. Charger, whose launch was overshadowed by some software problems, on the other hand, is offered by VW’s energy subsidiary Elli.

EVBox aiming for IPO on NYSE in spring 2021