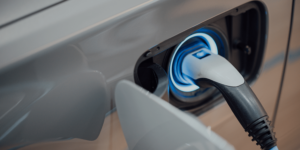 After the new charging platform was founded this year, now more than 100,000 charging points are now available for roaming partners to connect via the European platform e-clearing.net. The platform has processed more than 3.3 million transactions this year.

The organisation first surfaced as a German/Dutch interoperability initiative in 2014. This year’s annual member meeting took place online last Thursday, as well as the first official meeting since the company’s official inception at the beginning of August 2020. This was not the only milestone the company had to celebrate, as the number of charge points available for roaming partners also surpassed the count of 100.000.

The IT system behind the roaming provider e-clearing.net is called eCHS 2.0 and is currently available for public alpha testing for both OCHP and OCPI partners. The new platform is expected to go live in Q1 2021, with new protocol versions OCHP 1.5 and OCPI 2.2 to be implemented in the following quarter. In addition to the technical developments, the team is announcing a new standardized contract model that will enable fast and easy establishment of roaming connections over the platform with standardised terms and conditions.

Moritz Dickehage of e-clearing.net said: “Even with the economy slowing down due to the corona virus outbreak, we’re optimistic to reach 4 million transactions by the end of the year still.” Aside from their own technical management software, the roaming organisation further prides themselves on “a new standardised contract model that allows for quick and easy establishment of roaming connections via the platform with standardised terms and conditions that apply between roaming partners.”