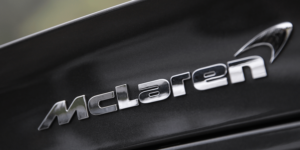 McLaren Racing has secured an option to participate in Formula E once the 3rd generation race cars debut. The option will enable McLaren to enter the championship as one of a maximum of twelve teams from the 2022/23 season.

This is welcome news regarding participants for the electric racing series since Audi and BMW recently announced their withdrawal from Formula E. The ninth season promises new, lighter race cars with more powerful powertrains and the two German carmakers did not want to take the step of developing new powertrains for these cars. After both manufacturers announced their exits, Formula E founder Alejandro Agag had already let it be known that they were in talks with several interested parties.

“With some of the most famous names in motorsport already competing in Formula E, we are thrilled that McLaren Racing has decided to examine a potential entry to Formula E,” Agag said. Zak Brown, CEO of McLaren Racing (but not CEO of carmaker McLaren Automotive), added: “We’ve been closely observing Formula E for some time and monitoring the series’ progress and future direction.” Under Brown’s leadership, the well-known Formula One racing team is looking to enter other racing series, and the Brits also plan to compete in the 24 Hours of Le Mans in the future with a hybrid racing car.

McLaren is already linked to Formula E since its subsidiary McLaren Applied Technologies supplies the unit battery for the current second generation of Formula E race cars. None of the parties involved has yet given any hint as to which drive system McLaren might use to compete in Formula E. In-house development is a definite possibility, but so is the purchase of a drive from another manufacturer. In Formula 1, McLaren will purchase its engines from Mercedes starting in the 2021 season. The Stuttgart-based German carmaker also operates a factory team in Formula E with its own drive system.