Fast charging company Fastned increased its revenue from charging operations in the fourth quarter of 2020 by 14% year-on-year to €1.9 million. The number of charging transactions in the Fastned network rose to over 194,000 (+12%).

At the end of December, a total of 131 Fastned stations were in operation. This, therefore, corresponds to an average of 1,480 charging operations per station per quarter, or 2,108 charging operations per day across the entire Fastned network. This means that 16 charging processes were started per day at each charging station in the final quarter. However, these are only calculated averages; after all, Fastned opened additional stations during the quarter – more on this below.

In terms of the amount of renewable electricity charged, over 3.3 GWh (13 per cent more than in Q4 2019), even the record value from the first quarter of 2020 was exceeded. Then came the slump, triggered by Corona-related contact restrictions – many people worked from home and generally drove less. 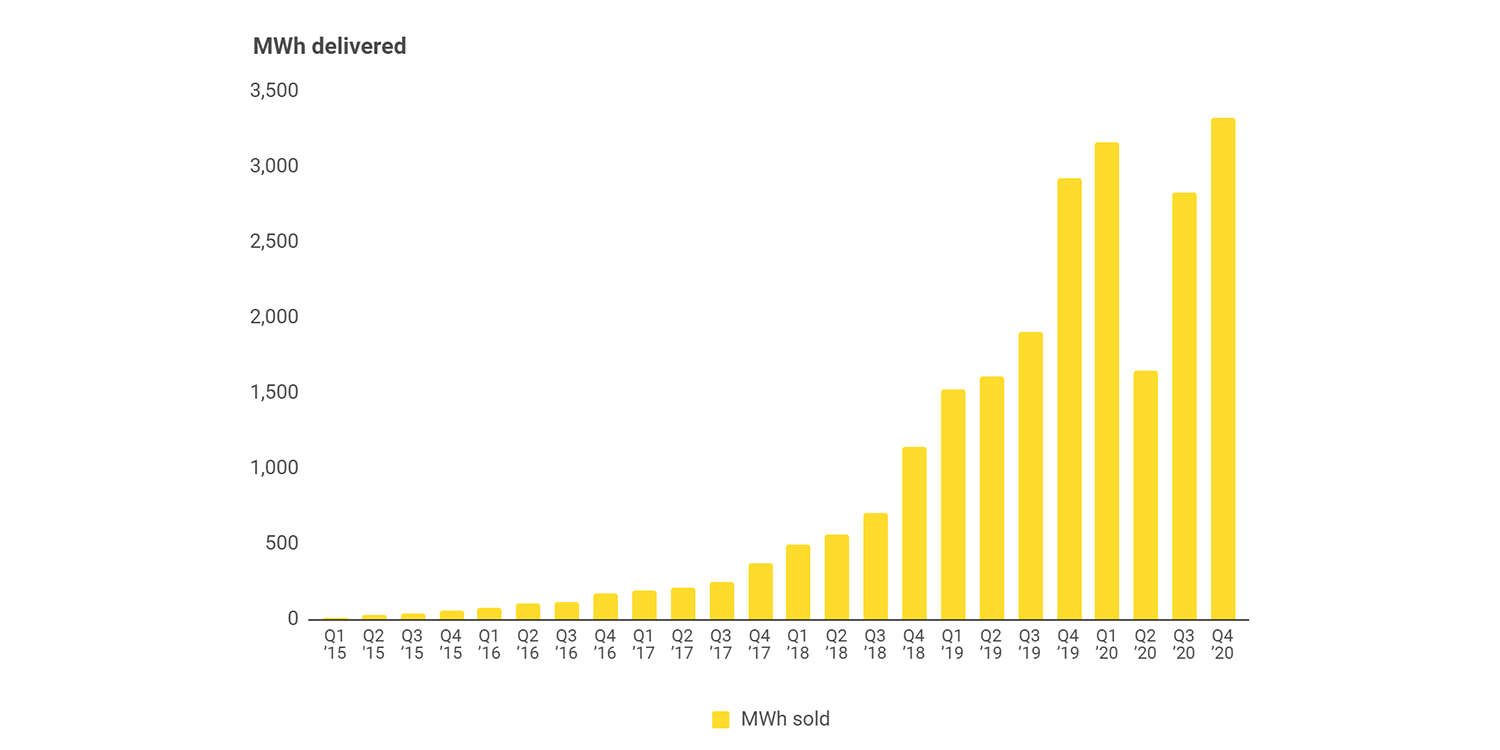 “In March, as a result of the first lockdown measures, our deliveries took a hit of up to 70%,” says Fastned CEO Michiel Langezaal. “Since then, sales have recovered, driven by strong growth in electric vehicle sales.”

Fastned backs up these statements with some numbers: While both sales and the amount of energy charged have grown relatively evenly at +14 and +13 per cent, respectively, the number of active customers has increased by 25 per cent to 53,309 compared to the fourth quarter of 2019. The reason is there are more electric car drivers.

In addition, the first Fastned station was set up in Belgium (near Ostend-Bruges Airport) and Switzerland, but several 50 kW chargers were also set up at Rewe supermarkets in Germany. Besides, the Dutch company won a tender for nine charging parks in France.