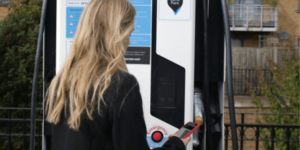 The British hotel chain Premier Inn has commissioned the energy group Engie to supply up to 1,000 fast charging points for electric cars. They plan to set up 600 charging points with more than 50 kW capacity at 300 hotels within the next three years.

The network at Premier Inn’s will not be exclusive to hotel guests but become part of Engie’s public charging network GeniePoint. Engie will begin installation in March. They did not provide a more detailed timeline for the remaining 400 after 2024.

The nature of the stations also remains obscure. Charging power at 50 kW is the only guide we got; the connection could be CCS or ChaDeMo or Level 2. The energy company has been working with a range of partners in e-mobility, including EVBox. The latter has a range of all kinds of charging equipment.

Once installed, the charge points will become part of the GeniePoint network and shown in the app. Engie typically charges a one-time “connection fee” per charge, and also charges 30 pence/kWh, the equivalent of €0.34/kWh, regardless of charging speed. At fast chargers, a blocking fee of 10 pounds (€11.28) is charged after 90 minutes.

Engie states that the first charging points are planned for Enfield, London.

For Premier Inn, the initiative is part of their ‘Force for Good’ sustainability programme. The hotel chain belongs to Whitbread, which also owns the Beefeater and Brewers Fayre restaurant chains. To mark the day, the chain changed its logo to show as ‘Plugged Inn’.

“We know that ‘range anxiety’ is a real issue for many of our guests who own electric cars,” says Simon Leigh, group procurement director at Whitbread. He considers the new stations “a great source of comfort.” Sam Hockman of Engie UK & Ireland stressed the “key role” the hospitality sector can play in e-mobility across the UK. Business Secretary Kwasi Kwarteng also acknowledged the partnership.