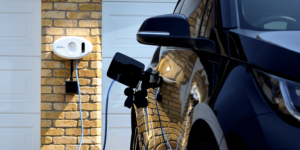 The Swiss federal administration decided to procure only purely electric vehicles from this year onwards, according to a directive now published by Federal Councillor Viola Amherd, who is responsible for procurement.

This is to include purely battery-electric vehicles as well as fuel cell vehicles. However, the regulation only applies to civilian vehicles, not to military vehicles, for example, which are also registered to the federal administration in Switzerland.

Of these civilian vehicles, around 1,500 are currently in the federal administration’s inventory, and so far “only a small proportion” of them are electrically powered – in 2019, there were probably only nine electric vehicles. Since the federal government replaces between 150 and 200 of the vehicles with new ones every year, it will take some time before the fleet is converted.

Accordingly, the declared goal is to reduce CO2 emissions. Therefore, although the acquisition of fossil fuel vehicles remains possible “in justified cases”, especially where electric vehicles that meet the requirements are not yet available. For exceptions, approval is required from the respective responsible departmental general secretariat.

zentralplus.ch, admin.ch (both in German)