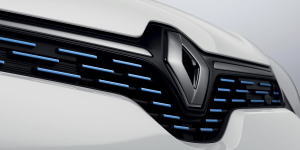 The automotive news site Autocar refers to insiders and “recent reports,” writing that the Renault 4 will be launched as an electric model from 2025. Indeed, in the run-up to the presentation of Renault’s new ‘Renaulution’ strategy, rumours emerged that Renault could use the drive technology of the Dacia Spring to bring the traditional R4 and R5 models as electric models.

As further evidence, Autocar cites a quote from Renault boss Luca de Meo, who says that in addition to the Renault 5, the revival of “at least one other old name” is in planning. Renault design chief Gilles Vidal is also said to have hinted that some future models could go in the direction of a retro-futuristic approach, while the rest of the range will be designed with the future in mind.

The report indicates that the new 4 Series will use the same CMF-B EV platform as the 5 Series and share most of the technical features. Autocar also speculates that the two vehicles will be positioned very differently saying that a modern interpretation of the 4 Series philosophy is likely to produce a small electric car that resembles a compact crossover in terms of dimensions. The publication goes on to give the reasoning that this would clearly distinguish it from the sportier 5 Series but has not substantiated this evidence with other references.

The fact is, Renault presented the Renault 5 Prototype as a show car at the above-mentioned “Renaulution” presentation. This was followed shortly afterwards by media reports that it would be based on the new CMF-B EV platform for electric compact vehicles and would be built at the Douai plant from 2023. Then, at the end of January just passed, both the German publication Auto Motor und Sport and the Spanish EV news website Forococheselectricos reported that the electric Renault 5 Prototype will probably replace the successful Zoe model from 2024.

BMW i1 cancelled with focus back to electric sedans