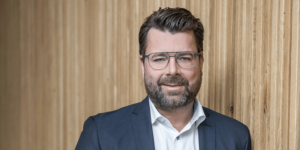 Audi has a new Chief Development Officer: Oliver Hoffmann, previously Chief Operating Officer of the division, was appointed to the Board of Management by the Supervisory Board with effect from 1 March 2021.

Since June 2020, Audi CEO Markus Duesmann had also taken over as Head of Technical Development for the brand with the departure of Head of Development Hans-Joachim Rothenspieler from the company. Since Duesmann had also personally taken over the China business, which had previously been anchored in Audi’s finance department, he was assisted in the development department by a Chief Operating Officer, who coordinates the day-to-day business of the developers, and a Chief Transition Architect, who organises the realignment of development at Audi.

That COO, Oliver Hoffmann, will now permanently take over the role of Chief Development Officer from Duesmann. Since Hoffmann has accompanied and helped shape the realignment led by Duesmann over the past nine months, he will probably not need a long induction period.

In the press release, Herbert Diess, VW Group board member and Audi supervisory board chairman, describes Hoffmann as an “accomplished engineer with leadership qualities” – and gives him a number of tasks. “I see the accelerated expansion of the product portfolio in the direction of e-mobility, the development of new technological spearheads and the close cooperation with his development partners in the Volkswagen Group as his top priorities,” Diess said.

“As a long-time Audi colleague who has dedicated a third of his life to our brand, Oliver Hoffmann is a great choice to take on this management role,” said Audi boss Duesmann. “He stands for true integrity and team spirit. For me, those things are the prerequisite for shaping a new way of working together.”

Hoffmann himself is considered a quality and powertrain expert. He worked in quality assurance at Lamborghini, but was also head of drive development at Audi’s Hungarian engine plant in Győr for several years. In 2017, he became Head of Technical Development at Audi Sport in Ingolstadt, and a member of the management board there in 2018. In addition, Hoffmann took on two further management positions in 2019: Head of Technical Development at the Neckarsulm site and Head of Powertrain Development at Audi AG – before becoming COO in TE there on June 2020. Hoffmann, however, does not get a word in edgewise in Audi’s announcement.

Hoffmann is the seventh Audi board member responsible for development since 2012 – although it was clear with Duesmann as number 6 that it would only be a temporary solution. From 2007 to 2012, Michael Dick had led TE. In 2012 Wolfgang Dürheimer took over, who was already replaced in 2013 by Ulrich Hackenberg, a Winterkorn confidant. Hackenberg had to leave in 2015 in the wake of the diesel scandal. He was followed at the beginning of 2016 by Stefan Knirsch, who resigned in the same year after he was heavily incriminated in the diesel scandal. In May 2017, Peter Mertens, who had been poached from Volvo, took over. However, Mertens resigned in 2018 for health reasons and Rothenspieler took over.