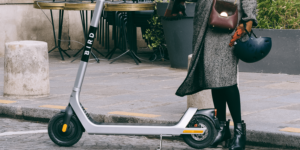 The company that is headquartered in Santa Monica in the US state of California has said it will add two European members to its board of directors. This is to underline the importance of Europe in the global business strategy. Bird says that since the beginning of the pandemic, almost every second trip with a Bird scooter has taken place in Europe. This is despite the fact that the health crisis hit the shared electric scooter industry hard, especially at the beginning with lockdown measures.

In the course of its European offensive, Bird also announces its intention to launch new mobility products and safety initiatives, to invest in the next generation of recycling processes and second-life concepts, and to enter into new cooperations to promote micro-mobility in Europe. The micromobility provider does not go into further detail only giving details on the modification of the tariff structure. This includes,  among other things, the introduction of a so-called ride pass, which customers can use to book unlimited rides or free rides for a certain period of time, for example.

The expansion of the board of the US company means that two Europeans, Renaud Fages and Brendan O’Driscoll will join its ranks. Fages will take on the position of Global Head of Operations, O’Driscoll will become Head of Product and Growth and will be responsible for Bird’s global product strategy and implementation.

“This pandemic has been devastating for towns and cities across Europe, and we want to help them get moving again,” says Renaud Fages. “Over the last 12 months, we’ve seen elected leaders step up in a big way to promote sustainable, socially distant mobility. Bird’s investment in Europe will enable us to support these efforts and better deliver on the promise of mobility for all.”

Along with the fact that as Bird says, almost every second trip in Europe has taken place on a Bird scooter, the trips themselves are more than 30 per cent longer than before the pandemic.

In the German press release from Bird, Fages was quoted as saying: “In the last twelve months, we have seen that not only the urban population but also municipal decision-makers are rethinking the way shorter distances are to be travelled in the future,” Fages continued to explain that many cities have started to reallocate transport space and have created hundreds of kilometres of new cycle paths. He insists that here, the investment offensive in Europe should enable mobility for all – from small towns to large metropolises.

With reporting from Cora Werwitzke