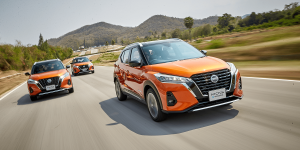 Twitter has been ablaze with users airing their views on what they consider misleading claims by Nissan. They say the company hit the wrong note when proclaiming that the e-Power drive has a “100% electric motor-driven system.”

Technically, Nissan’s statement is not false. The e-Power models such as the Note or Qashqai always use electricity to drive the wheels. Only the drive’s main energy source is not the battery but a gasoline engine that acts exclusively as a generator.

Twitter users know that. Their responses ranged from irritation – “wait, is it a hybrid?” – to distain as this example shows: “Wait a minute. You just invented a car with a gas burning engine which powers an electric motor? I mean… Congratulations, Nissan. You just invented the 2011 Chevrolet Volt. What a billion dollar facepalm.”

Nissan is not alone in trying to make their cars sound greener than they are. We remember that Toyota and Lexus would repeatedly advertise their simple hybrid models as “self-charging”. A claim so misleading, the Norwegian Consumer Agency banned such commercials from appearing in the country in January 2020. Their British counterpart, the Advertising Standards Authority (ASA), had looked at a similar move the year before when they received complaints against a Mitsubishi television advert for the Outlander PHEV SUV. Although the ASA dismissed the claim, in their ruling, they also said that they understood why the complaints were made – because of the repeated emphasis in the voice-over on the phrase: “it’s electric”, implying that the vehicle was fully electric rather than a hybrid vehicle. All three companies, Toyota, Lexus, and Mitsubishi, have yet to deliver a fully battery-electric vehicle.

Not so with Nissan, which is what makes its “faux-pas” on Twitter a little surprising. Being a carmaker responsible for the all-electric with the Leaf since 2013 and the Ariya in the pipeline, they could have been more in tune, we agree.

Batteries from e-bikes for louder music