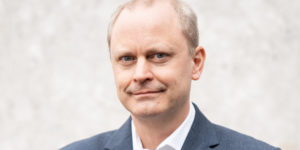 Markus Volmer will be the new Head of Complete Vehicle Development at Sono Motors. He succeeds Roberto Diesel, who left the Munich-based company back in April 2020. The new CTO is now responsible for the testing and validation of the Sion solar electric car on its way to series production.

Volmer brings more than 18 years of experience as a development engineer in the automotive industry, according to a statement from Sono Motors. According to the statement, after holding various positions in development and testing at Daimler, the 47-year-old moved to the Chinese Foton Motor Group and Borgward in 2016, where he was most recently responsible for overall vehicle development as senior chief engineer – “and was able to increase the reliability and quality of light commercial vehicles by 40 per cent”, as his new employer points out.

“Markus has extensive technical expertise and international experience in the development and testing of production vehicles while at the same time significantly advancing commercial vehicle electrification,” emphasises Laurin Hahn, CEO and founder of Sono Motors. “Having him on board takes us a decisive step further towards offering our customers the Sion, the first affordable SEV in the world, and becoming a global mobility leader.”

Sono Motors does not say a word about its predecessor Roberto Diesel in the statement. Kfz-Betrieb reports, however, citing Diesel and Sono Motors, that the latter had already left the company in April 2020 to join development service provider Edag. In the meantime, development had been led by a trio of experienced Sono Motors engineers. Sono justified the long search for a successor with the necessary requirement of the applicant to bring “not only the relevant experience in the development and testing of innovative mobility concepts, but also the value set that fits Sono Motors”.

After the new addition, the management board of Sono Motors will in future consist of the founders and CEOs, Laurin Hahn and Jona Christians, as well as Torsten Kiedel (CFO), Thomas Hausch (COO) and Markus Volmer (CTO).

Sono Motors is known to be developing the Sion solar electric car. The number of pre-orders for the model was around 12,400 in December. As reported, the market debut of the solar car has been postponed several times. Last year, Sono Motors was threatened with running out of money. However, a large-scale crowdfunding campaign succeeded in overcoming the liquidity bottleneck. At the time, about 53 million euros were raised. There is no exact date for the start of production yet. Recently, however, the start-up, founded in 2016, announced that it had signed a cooperation agreement with the electric car rental company UFODrive. According to the agreement, the Sion will become part of UFODrive’s fleet in the future.