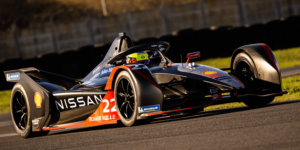 Nissan has extended its involvement in the Formula E racing series, including the 2025/26 season. After DS Automobiles and Mahindra, Nissan is the third manufacturer to utilise the new ‘Gen3’ electric vehicles in future.

The third generation of race cars is coming in Season 9 (2022/2023), and again said to be faster and more powerful than their predecessors. The Gen3 cars will also feature recuperation on the front axle for the first time.

Nissan had taken over the Formula E operations from alliance partner Renault for the 2018/2019 season. Like the French, the Japanese are also working with the e.dams team. In the first two races of the current Season 7, Nissan already scored 14 points.

“We aim to design and build electric vehicles that transform the way communities connect and move,” says Nissan COO Ashwani Gupta. “Formula E helps us bring excitement, energy and the environment to the forefront as we deliver this vision of the future to an ever-growing, new, young and diverse audience.”

In doing so, Nissan says it also wants to use technology transfer from the racetrack to build better electric cars for customers on the road. PSA’s DS brand had also said it would use Formula E to gather know-how to develop its road cars. On the other hand, Audi and BMW had each justified their withdrawal from Formula E after the current Season 7, citing limited and, in their view, insufficient development work at the end of last year.

With Nissan, DS and Mahindra, three manufacturers currently have an agreement beyond season 9. Formula 1 team McLaren Racing has secured an option for Season 9 but has not been assigned a slot yet. Mercedes has also not yet agreed to use the Gen3 race cars, while Porsche has expressed its commitment without formalising it.

Škoda to launch coupé variant of the Enyaq iV