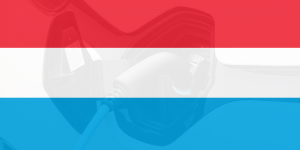 The government of Luxembourg has extended its subsidy programme for electric vehicles by another twelve months until 31 March 2022. The purchase premium for pure electric cars will in future be linked to electricity consumption. Changes will also apply to plug-in hybrids.

In May 2020, the government had raised the purchase premium for purely electric vehicles from 5,000 to 8,000 euros as part of an aid programme to curb the effects of the pandemic. It is retaining this higher incentive, but only for models with electricity consumption of less than 18 kWh per 100 kilometres. For electric cars that consume more, the amount of the bonus is capped at 3,000 euros.

It is not only at this point that the Ministry of the Environment has revised the programme called ‘Clever fueren ‘ (“clever driving”) before the new extension. “The new formula is to specifically promote the more efficient small and medium-sized low-emission cars,” Environment Minister Carole Dieschbourg is quoted as saying in various media in the Duchy. In principle, environmental and social aspects are now to be taken into account to a greater extent.

This is reflected, for example, in the regulation that purely electric cars with seven or more seats are to be subsidised with 8,000 euros, regardless of their electricity consumption. In this way, the ministry wants to take the needs of large families into account. Therefore, applicants must be part of a household with at least five people.

Plug-in hybrids with a CO2 emission of 50g/km or less, on the other hand, will only be subsidised with 1,500 euros (previously 2,500 euros) – and only until the end of this year. The bonus will therefore only be available for PHEVs purchased and registered between 1 April and 31 December. In the case of BEVs, the new provisions apply to all vehicles ordered between 1 April 2021 and 31 March 2022, and whose first entry into service takes place before the end of 2022. In addition, the following is new with regard to the application itself: whereas the subsidy could previously only be applied for after seven months, this will now be possible immediately after purchase. Thus, at the longest, applicants can wait up to one year after the purchase date.

The government estimates the budget for the ‘Clever driving’ programme at 58 million euros. Currently, only between three and four per cent of the vehicles registered in Luxembourg are equipped with an electrified drive (BEV and PHEV). By 2030, the government wants to increase this percentage to 49 percentage points. Luxembourg is also one of the nine EU countries that recently signed an initiative calling on the EU Commission to set a phase-out date to sell petrol and diesel cars.

The government in Luxembourg has announced a last-minute change to the planned end of subsidies for plug-in hybrid vehicles. Buyers may now receive the purchase premiums for another year until 31 December 2021 – however, only if the PHEV was ordered by 30 September 2021. The original delivery date will have to be indicated on the sales contract or, in the case of leasing, on the vehicle rental or leasing contract.

As mentioned above, Luxembourg initially planned to discontinue subsidies for plug-in hybrids at the end of this year. However, this week’s decision took the chip crisis and the associated delivery problems at car manufacturers as reasons for the extension.

The government of Luxembourg has extended its support programme for electric vehicles for another two years. The programme, which was previously limited until 31 March 2022, is now valid until 31 March 2024 and includes some minor changes. While previously only electric models with a power consumption of less than 18 kWh/100 kilometres were subsidised, there is now an exemption for family cars: if the maximum drive power is less than 150 kilowatts, an upper limit of 20 kWh per 100 kilometres applies. This exemption also applies to cars with seven seats if the vehicle owner proves that the household consists of at least five people. In addition, the minimum holding period for subsidised electric vehicles is increased from seven to twelve months. The amount of the purchase subsidy of 8,000 euros remains unchanged.

US Senators demand date for ICE phase out