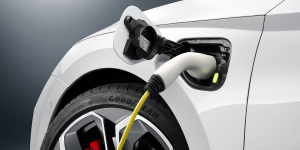 The Irish government will adjust its purchase incentives for electric vehicles as of 1 July 2021. While pure electric cars will continue to be subsidised with 5,000 euros, the subsidy for plug-in hybrids will be halved from the current 5,000 to 2,500 euros.

In addition to the new regulation for PHEVs, a subsidy cap is being introduced for all types of electrified vehicles: starting from the middle of the year, both electric cars and plug-in hybrids will only be subsidised if their list price does not exceed 60,000 euros. Previously, the prices of eligible vehicles were not capped at all.

The Ministry of the Environment explains in a statement that the distinction between BEVs and PHEVs was made in line with other countries in the European Union, “as the real emissions are often higher than stated by the manufacturers”. The Ministry explains the cap on list price now introduced by wanting to ensure that the subsidy benefits those who would not otherwise purchase an electric vehicle and “at those who might not otherwise buy an electric vehicle and where the availability of Government support is most likely impact upon a decision to purchase an EV”.

The Irish subsidy programme, as of 1 July, otherwise continues to offer a wide range of subsidies to incentivise the purchase of electric vehicles and charging infrastructure. For example, the government provides subsidies for home chargers (up to 600 euros), public charging stations (up to 5,000 euros) and for the purchase of vehicles for commercial passenger transport (up to 12,500 euros). In addition, tax relief and a toll reduction apply to electric cars.

This year, Ireland is allocating 27 million euros to the subsidy programme. This is the largest share of the €36.5 million pot earmarked for decarbonising transport in the current year. Figures from the Society of the Irish Motor Industry show that electric car sales are increasing: In the first three months of 2021, sales rose by more than 71% year-on-year.

The British government, meanwhile, is cutting down its electric car subsidies. In March, it cut its subsidies for the purchase of electric cars by 500 pounds per vehicle with immediate effect and lowered the price cap for eligible electric cars by 15,000 to now 35,000 pounds.

Is this the end of plug-in hybrid sales in the EU?