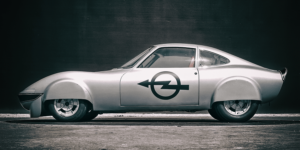 Opel reminds us that 50 years ago there was a prototype of the Opel GT with an all-electric drive that never went into series production. The ‘Elektro GT’ set a total of six electric car world records on 17 and 18 May 1971 on the Formula 1 circuit in Hockenheim.

The ‘Elektro GT’ was equipped with two direct current motors from Bosch and four nickel-cadmium batteries from Varta, which were accommodated on the rear seat and the passenger side. It seems that much knowledge gained earlier in the last century, however that it was adapted to the Corsa-E, certainly seems less exciting than the original record-breaker on the Hockenheim ring. At least the batteries have become smaller since then.

Evergrande valued higher than GM but has sold no cars