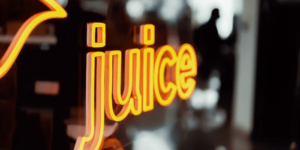 Juice Technology has just announced that it will now expand its focus to both support and grow strategic business relationships with U.S.-based EV manufacturers and partners.

Christoph Erni, CEO and founder of Juice Technology AG says: “Public policy-making and the economy in the U.S. are now pointing in the right direction for the growth of the EV market. The federal government’s entire fleet of official cars – some 645,000 vehicles – is to be electrified. And major automakers such as General Motors are now advancing EV adoption, with plans to electrify all their vehicles by 2035. This makes it the perfect time to plant our flag in the United States.”

“The EV adoption movement will take more than just the availability of affordable EV models. There’s a vital need, too, for sensible and sustainable charging infrastructure,” said Michael Boehm, General Manager Juice Americas. “Consumers need to have access to simple and flexible charging options which are not only safe but reliably available, at any time. Portable charging solutions play a key role in this convenience – especially in a country with such vast travel distances. Our portable wallboxes provide the missing piece to this puzzle.” While Juice spoke in detail about the product range for the China business, for the North American market there is currently only mention of the mobile wallbox.

Michael Boehm is currently building up the team in the USA for Juice. The graduate in communication science with Swiss roots has been working in the automotive sector (supplier industry) for 25 years and has had his centre of life in the USA for 22 years. Boehm brings his experience of almost 15 years as Director Marketing & Sales at Suhner Manufacturing Inc. to his new role at Juice.

Update 26 May 2021: Juice technology has now announced its further expansion on the European continent. The Swiss company is now also active in Spain through its new subsidiary Juice Iberia, located in Málaga.

The Technology Park of Andalusia in Málaga where Juice Iberia will now be based is home to over 600 tech companies, including Dekra, Google, Oracle, IBM and Siemens. The company says that this environment proved decisive in choosing this location.

The Swiss company says the new subsidiary is building on a strong presence in Central Europe and extending its geographical range to Spanish and Portuguese markets. Since the Spanish government is promoting electromobility as part of an economic stimulus plan, targeting a quarter of a million all-electric vehicles on the road by 2023, and five million by 2030, the Swiss company says that the time is ripe for Juice to enter the market in this region.

Christoph Erni, CEO and founder of Juice Technology AG, explained: “Public policy-making and the economy are now pointing in the right direction. With this first-stage target of 250,000 electric vehicles by 2023, Spain has set an ambitious goal for itself. Achieving this aim in reality means that charging infrastructure will be needed beyond the large metropolitan areas as well, particularly in residential areas and places of work.”