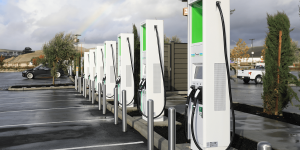 The US Senate Finance Committee on Wednesday approved a bill to increase the tax credit for electric vehicles assembled by union workers in the US up to $12,500. This would apply to electric vehicles up to a price of $80,000.

However, the Senate Finance Committee vote is only one stage in the legislative process. The ‘Clean Energy for America’ bill still has to be submitted to the full Senate and the US House of Representatives for a vote. It is therefore not certain whether the bill will come in its proposed form or at all.

Currently, the maximum tax credit for electric vehicles in the United States is US $7,500. This amount is not tied to any model price cap but is known to expire for automakers once they reach the 200,000 electric vehicle sales limit – which has long been the case for General Motors and Tesla. The new law would remove this existing cap, but a different, future limit is included in the proposal: For example, the tax credit would be phased out over a three-year period once 50 per cent of car sales in the US are electric cars.

Now for the proposed increase in the credit up to $12,500: The proponents of the bill, led by Democratic Senator Debbie Stabenow of Michigan, propose to increase the $7,500 tax credit by $2,500 for vehicles assembled in the US and by another $2,500 for vehicles manufactured in plants whose employees are members of or represented by a union.

This is supposed to strengthen the company’s own car industry in terms of quantity and quality. The trade unions are applauding the move; For example, Rory Gamble, president of the United Auto Workers, praised the bill, saying that it ensures that “EV production will directly create the good-paying union jobs of the future President Biden has championed”.

In addition to the tax credit, the Clean Energy for America Bill also addresses other tax provisions in favour of “green energy” and against fossil fuels.