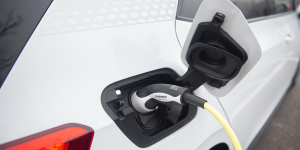 The Belgian government has given the green light to a bill by Finance Minister Vincent Van Peteghem to accelerate the electrification of company cars in the country. At the same time, the planned ban on internal combustion company cars is off the table, but tax advantages are now only available for EVs.

The planned cornerstones, which still have to be implemented in the necessary legislation, are: From 2026, only zero-emission company cars will benefit from tax advantages. New electric cars are to be 100 per cent tax-deductible from 2026. In the years thereafter, the tax deductibility will gradually decrease to 67.5 per cent in 2031.

In order to promote electric cars, the government aims to support the corresponding infrastructure. Companies are also to be able to claim the construction of charging stations for electric cars against tax. In order to be able to claim the tax benefits, however, companies must ensure that the facilities are accessible to the public outside of opening hours. There is also to be a tax benefit for private charging points – here, however, without the obligation to make the charging point publicly accessible.

At present, Belgian infrastructure subsidies mainly concern charging stations for battery-electric cars. For the hydrogen infrastructure of fuel cell cars, “the possibility should be prepared” – it is not completely ruled out, but because of the currently available vehicle models, hydrogen promotion is currently not taking focus.

The new regulations also mean that the initially planned ban on new combustion engine company cars in Belgium from 2026 will not happen. Employers who still want to use company cars with combustion engines after 2026 can continue to do so, but such cars will lose not only their tax advantages on the employer side but also the possibility to claim the kilometres from commuting for the employee against tax.

“Employers will still be allowed to provide diesel or petrol cars to their staff, but the tax benefits for polluting company cars will disappear,” says Finance Minister Vincent Van Peteghem. “This will be the lever to make our car fleet green.”