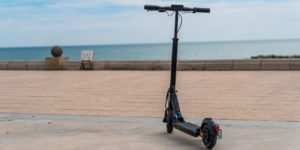 A drunk 40-year-old man in Berlin tried to transport a large refrigerator on an electric kick scooter. When police stopped the man, the unsecured refrigerator fell to the ground.

The Berlin police posted about the incident on Facebook with a photo, which elicited hundreds of responses, such as: “It looks to me like the refrigerator is driving and the man is only providing assistance. How much alcohol did the refrigerator have in it?” To which someone else responded by questioning whether the refrigerator was old enough and had a valid driver’s license.

Not smart if you can’t start