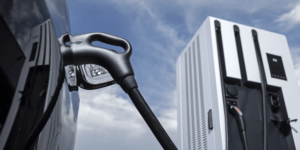 The news agency quotes Maxim Kolesnikov, head of the department at the Ministry of Economy, on the scope of the subsidy programme. The problem with the subsidy, however, is that no electric cars are currently being built in Russia. As reported, production of the Zetta is supposed to start this year. However, the project has already been delayed several times and market success for the three-door small car is uncertain even with the subsidy.

According to earlier data, Russia is aiming for ten per cent of all cars built in the country to have an electric drive by 2030. Reuters now quotes the figure of 220,000 units by 2030.

However, electrification seems to be progressing faster in city buses, with the capital Moscow planning to procure only electric buses in the future. There is also movement in other parts of the BEV value chain: In March, the Russian nuclear corporation Rosatom announced plans to build a battery factory.