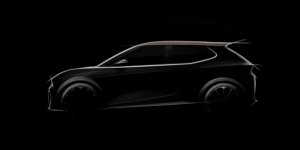 According to a media report, Volkswagen could launch its first MEB small cars on the market in 2024 – in contrast to previous speculation, however, it will not be a Seat or VW but a small car from Skoda that will make the start.

In the German publication Automobilwoche, journalist Georg Kacher mentions possible model names: According to his information, the Skoda Elroq will be launched in mid-2024, followed by the Seat Acandra in early 2025 and a VW ID.1 model later in 2025.

The Skoda Elroq will be a vehicle “in the style of the Audi A1 Citycarver”, according to Kacher. Under this designation, Audi sells a slightly higher version of the A1, but without being a crossover or mini-SUV. According to the report, VW and Seat are likely to opt for such a format, citing a CUV in the style of the Brazilian-built VW Taigo combustion model as a model. A VW ID.2 as an “urban hatchback” is to follow in 2027.

The small EV will still be fundamentally based on the MEB (the new SSP platform will not be launched until 2026), but will be upgraded by the 1.1 operating system compared to the current status of the ID.3 and ID.4. As far as the hardware – and thus the batteries – is concerned, however, the electric small cars will still be based on the current state of development.

However, it remains to be seen how large the MEB small cars will actually be; Kacher does not give any details on this in the article. By way of comparison, the Audi A1 Citycarver and VW Taigo are 4.05 metres and 4.27 metres long respectively, which puts them one class above the currently popular e-cars such as the VW e-Up and its sister models.

A possible starting price for the ‘Small EV Family’ is 19,000 euros. However, the final release of the models is said to have not yet taken place. The Seat plants in Martorell and Pamplona are apparently the favourites for production.

The fact that Seat wants to build electric cars in Martorell is no surprise: In March, the Spanish VW brand announced its intention to build 500,000 electric cars per year at its main plant from 2025. The “urban electric vehicle”, which could be the model Kacher calls Acandra, is said to cost between 20,000 and 25,000 euros, according to the information at the time.

What is surprising in the Automobilwoche report is that the development sovereignty is now to lie with Skoda, which is why the Elroq is also to come as the first model. As is well known, the development of small electric cars has been dragging on for years: Initially, Seat was supposed to develop the electric small car for the group, then Wolfsburg allegedly took over the project. According to rumours from last winter, the Chinese subsidiary Volkswagen Anhui (the joint venture with JAC) is now to develop the small car. According to the rumours, production of a VW small car and a Seat/Cupra offshoot would first start in China before being built in Martorell in 2025.

Volkswagen Anhui is not mentioned in the current article. In March, Seat had also stated that it would not only produce electric vehicles, “but also lead their development for the Volkswagen Group”.