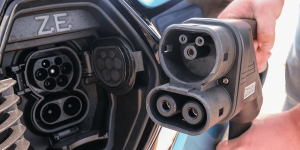 To be recognised as a test laboratory, Dekra said it had to demonstrate expertise in test performance and results analysis according to the CharIN Quality Assurance Process (QAP). A committee of experts from CharIN member companies confirmed that Dekra had the required technical capabilities, test equipment and quality control procedures.

With the recognition from CharIN, manufacturers of DC charging stations can apply for and receive a CharIN CCS Basic certificate from Dekra. However, the necessary tests do not take place in Germany: The corresponding Dekra test laboratory with the necessary measuring instruments is located in Arnhem, the Netherlands.

The CharIN initiative is a registered association with now more than 200 members. Its top priority is the dissemination of the Combined Charging System (CCS) as a global standard for e-vehicles of all kinds, but the association also deals with more specific topics, such as vehicle-to-grid (V2G) applications, the development of a truck charging standard, and Plug&Charge, as mentioned above.