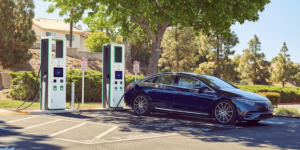 In the USA, funding for electric vehicle charging stations worth a total of more than $1.7 million is being allocated to 26 local government agencies, universities and electric utilities in the state of Louisiana. These have been financed with the proceeds of the case against Volkswagen in the wake of the diesel scandal.

The Louisiana Department of Environmental Quality is awarding grants for a total of 82 charging stations. This is being financed through the state’s $19.8 million share of an almost $3 billion settlement in 2016 between the US Justice Department and Volkswagen over violations of the Clean Air Act.

Volkswagen was ordered to pay the settlement after the German carmaker sold about 590,000 vehicles equipped with devices that worked against their air pollution control features. Besides the above-mentioned payments, another environmental benefit of the settlement was the founding of Electrify America, which Volkswagen founded as part of the settlement.

Now, another portion is going to be spent on charging infrastructure and has been allocated to various organisations in grants varying from $13,600 and up to $230,000. Most of the grants amount to around $35,000 and are awarded for the purchase of level 2 light-duty electric vehicle chargers, DC fast charging points and multi-vehicle charging hubs.

Shell to finance Ubitricity charge points in the UK