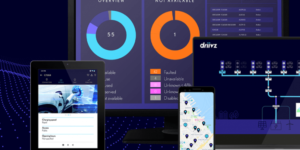 Driivz and Hubject are cooperating to drive the roll-out of Plug&Charge. The impetus for this was provided by Mer Group, which is switching to Driivz’s operating system to manage its charging infrastructure in Europe and is expected to be the first to benefit from this cooperation.

Through their cooperation, the players want to accelerate the introduction of Plug&Charge. The automatic authentication and charging authorisation is based on the ISO 15118 standard. Plug&Charge is supposed to make RFID cards and mobile apps superfluous by having the vehicle communicate directly with the charging station.

Hubject is a Berlin-based joint venture says it has established a global, multi-vendor charging network with more than 300,000 connected charging points and more than 960 B2B partners in 52 countries on four continents. The German company will act as a certification authority in the partnership and will guarantee the encryption underlying the digital communication for authorisation, payment and charging transactions by issuing so-called sub- or Leaf certificates.

Just earlier this week, Hubject announced an alliance with Smartlab and its European platform e-clearing.net to spread the Plug&Charge technology. The aim of this agreement is to make “seamless charging” available to all partners of Hubject, Smartlab and e-clearing.net.

Meanwhile, Tel Aviv-based startup Driivz has developed a charging infrastructure operating system that is certified for ISO 15118, the standard on which Plug&Charge is based. Users of the operating system can therefore implement Plug&Charge. Just this week the Mer Group announced that it is taking over the software system of the Israeli provider for its European charging infrastructure.

Mer Group is a quite young German company formed recently when the energy group Statkraft rebranded the two companies it had acquired, eeMobility and E-Wald, under the European brand Mer – to Mer Solutions GmbH and Mer Germany GmbH respectively. According to the still young Mer Group, standardisation has become necessary due to acquisitions of companies in Norway, Sweden, the UK and Germany. The need arose to centrally manage a multitude of systems, devices, country-specific standards (e.g. calibration law) and transaction interfaces. The Mer Group has now chosen the software platform from Driivz as the “single system that handles all business transactions and processes throughout Europe”. The decisive factors were its functions for cross-border charging, energy management and billing, the ability to integrate with Mer’s existing solutions and the possibility of specifications for specific markets such as Germany and the UK, it says. Also relevant is that the solution also offers support for multiple currencies and languages, as well as full internal roaming within Europe.

Driivz is based in Tel Aviv and, according to its own information, serves customers in 28 countries, including EVgo, Gilbarco Veeder-Root, ElaadNL and ESB, in addition to the two investors just mentioned – Volvo Group and Centrica. The platform currently manages “tens of thousands of EV chargers in North America, Europe and APAC, used by more than 800,000 EV drivers”, it says.

For its part, Mer is also said to have played a key role in the cooperative approach between Driivz and Hubject. “We see ISO 15118 as an important building block in providing our customers with the easiest and best possible charging experience. The collaboration is the perfect example of our ambition to become the most customer-focused EV charging company in Europe. Because even if the hardware is heterogeneous, we can offer the same user experience,” says Anton Achatz, Managing Director of Mer Germany GmbH.