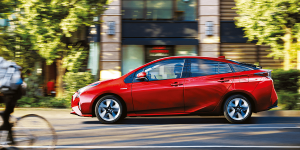 According to media reports, Toyota’s hybrid pioneer Prius will run on hydrogen in the next generation. But different from Toyota’s fuel cell model Mirai, the plug-in Prius will be powered by hydrogen instead of petrol. The Toyota Corolla could also get the hydrogen system.

Toyota further added that the engine is more responsive since hydrogen combustion occurs at a faster rate than gasoline. As a result, the car retains most of the characteristics of ICE-powered cars but manages to get by without any CO2 emissions. It does emit NOx due to the oil, however.
carscoops.com