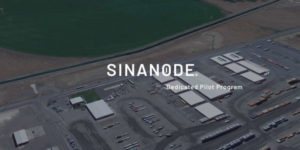 In the USA, Californian battery developer OneD Battery Sciences is now building a first pilot production facility in Moses Lake in Washington State. OneD has designed its own manufacturing process for building silicon graphite anodes for use in electric vehicle batteries.

The basis of OneD Battery Sciences’ development work is a manufacturing process patented by the company Sinanode. At the core of the approach are silicon nanowires that are fused directly onto graphite powder in the anode. The technology is said to offer scope for customisation in both graphite (natural or synthetic) and electrode coating (wet or dry). In the new pilot plant, the company says OEMs will get the opportunity to customise and optimise the silicon graphite anodes for use in their future lithium-ion electric vehicle batteries.

OneD claims that the Sinanode method can be seamlessly integrated into existing manufacturing processes and that the energy density can be tripled thanks to the silicon nanowires on commercially available graphite powder – while halving of the cost per kilowatt hour. The next step will clearly be for the company to back up these claims with concrete output.

CATL to supply batteries for ELMS