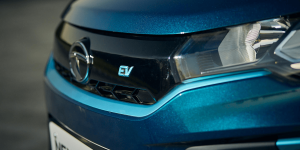 Tata Motors has just announced that TPG Rise Climate and co-investor ADQ are to invest in the formation of a new Tata Motors subsidiary focussed on electric vehicles and charging infrastructure.

TPG Rise Climate along with co-investors will invest Rs 7,500 Cr ($996,390) to secure between 11 % to 15 % stake, which Tata Motors says translates to an equity valuation of up to $9.1 billion. In turn, a new company will be set up focusing solely on environmentally friendly drives and associated infrastructure.

The new company “shall leverage all existing investments and capabilities of Tata Motors Ltd and will channelise the future investments into electric vehicles, dedicated BEV platforms, advanced automotive technologies and catalyse investments in charging infrastructure and battery technologies.”

The targets expected to be reached in the next 5 years include the creation of a portfolio of 10 EVs and, again in association with Tata Power Ltd, which should be accompanied by the creation of widespread charging infrastructure to facilitate EV adoption in India.

“We are excited to partner with Tata Motors on their mission to lead the electrification of passenger mobility in India. There is significant momentum around India’s EV movement, supported by the Government’s vision and policies, as well as growing consumer demand for greener solutions,” said Jim Coulter, Managing Partner TPG Rise Climate and Founding partner of TPG commented. “The investment aligns with TPG Rise Climate’s focus on decarbonised transport and builds on TPG’s long history in India.”

Natarajan Chandrasekaran, Chairman Tata Motors Ltd added: “We will continue to proactively invest in exciting products that delights customers while meticulously creating a synergistic ecosystem. We are excited and committed to play a leading role in the Government’s vision to have 30% electric vehicles penetration rate by 2030.”

This indeed comes on the back of the Indian government’s push for manufacturing electric vehicles in India. This came with the cabinet approving an incentive scheme of about 260 billion rupees ($3.5Bn or €3Bn) over a five-year period with the aim of boosting the production of battery-electric and fuel-cell vehicles as well as promoting the manufacture of drones.

Just a month ago, Tata Motors unveiled the Tigor EV, which is the company’s second electric car in the passenger vehicle segment following the Nexon EV.