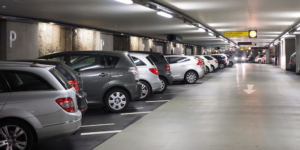 It was just revealed that a total of 200 electric cars were dumped in Glasgow car park for nearly two years by the city council. The council responded that of the 322 electric vehicles in their fleet 130 are now in service, meaning 192 BEVs without a driver.

The vehicles featuring the print ‘People Make Glasgow’ are still sitting unused weeks before the COP26 climate conference because, reportedly, Covid restrictions blocked council workers from learning how to drive them during lockdown. This is the same climate conference where the electric vehicles are being charged via generators due to a lack of chargers.
glasgowlive.co.uk, thescottishsun.co.uk

Tesla under pressure in the USA for stealth recall