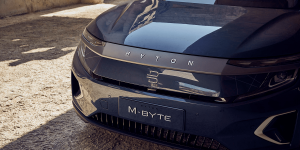 According to a new report in the Chinese business magazine Caixin, the lights are finally going out at the Chinese electric car start-up Byton. A local court has already initiated insolvency hearings.

After the Taiwanese contract manufacturer Foxconn put its cooperation with Byton on hold, after it was only announced at the beginning of this year, the Nanjing city government is said to have stopped its support for Byton two months ago and FAW is also said to have lost interest in Byton. As a result, employees have not been paid and production lines have been shut down.

As a result, a local court reportedly initiated insolvency hearings – specifically, a creditor has called for insolvency proceedings for Nanjing Zhixing New Energy Vehicle Technology Development Co – Byton’s main business unit. “It will probably be very difficult for Byton to revive the business,” a person close to the company said, according to the report.

The Japanese business magazine Nikkei had picked up on the Caixin report and asked Byton for comment but has not received a response.

Byton had already started pre-series production of the M-Byte in October 2019 and was on its way to series production. The timetable wobbled in the wake of the Corona pandemic at the latest, as promised funds did not flow in the end. In June 2020, the company temporarily ceased operations. The cooperation with Foxconn announced in January 2021 and the associated investment were seen as a lifeline for the Byton plans.

BYD closes up shop in France